TMS Treatment: What is it? 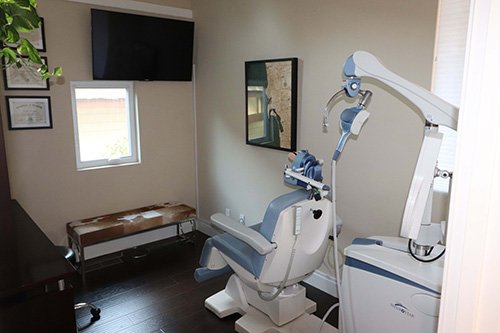 Transcranial Magnetic Stimulation (TMS) uses a targeted magnetic field to stimulate areas of the brain that control mood and are thought to be underactive in people with depression or anxiety.

TMS services are FDA-approved to treat patients suffering from depression who have not achieved satisfactory improvements from antidepressant medications. Over 1 million treatments have been performed on over 25,000 patients.

In an open-label study, 68% of the participants who were followed for a year still maintained the benefits of TMS sessions.

TMS is a precise medication-free outpatient treatment easily conducted in our San Diego office and can be safely used with or without antidepressant medications. It is FDA-approved for the treatment of major depressive disorder (MDD) and obsessive-compulsive disorder (OCD).

TMS is a non-invasive procedure. You are awake and alert for the treatments and can engage in normal activities immediately after treatment, with no activity restrictions.

TMS therapy is free from the side effects that may occur with medications.

TMS therapy for Major Depressive Disorder (MDD) or Obsessive-Compulsive Disorder (OCD) is reimbursed by most private provider insurers. Our staff are experts at navigating the required approval process, and we typically can obtain approvals within one week for appropriate patients.

For Patients Paying Out of Pocket, We Keep Costs as Low as Possible

A full nine-week course of treatment at our San Diego location is approximately $7,000. As experts in the field, we have the experience to keep costs as low as possible, without compromising safety or effectiveness.

In the United States, the FDA-approved procedure for treating depression with TMS uses a protocol of repetitive, single-burst stimuli, called rTMS. This protocol, which was FDA-approved for the treatment of depression in 2008, is safe, effective and well-tolerated. However, new TMS protocols continue to emerge.

In late 2018 TBS, also known as “Express TMS,” was FDA-approved for the treatment of depression.

Like conventional rTMS, TBS uses magnetic energy to stimulate the prefrontal cortex of the brain and improve depressive symptoms. The difference lies in how the stimulation is delivered. The TBS protocol delivers stimuli in a unique pattern—three rapid bursts of pulses at 50 hz, repeated every 200 ms. Compared to the conventional rTMS, this protocol more continuously stimulates the brain. As a result, the treatment time is greatly reduced. Theta Burst Stimulation only takes four minutes, and research shows that it works equally well, if not better, than standard protocols that take upwards of 20 minutes.

TBS is used either as a stand alone treatment, or in conjunction with other treatments such as rTMS and ketamine therapy. When combined with rTMS or ketamine therapy, the likelihood of remission is dramatically improved. Since TBS treatments take so little time, we can offer them at much lower cost than rTMS for patients that aren’t able to use health insurance for them. Out of pocket costs for TBS treatments are $300 per session. Additionally, because TBS treatments take only a few minutes, we are able to schedule several treatments per day (for self-pay TMS only), which can reduce the overall length of treatment by several weeks, making it a more convenient schedule than rTMS.

To learn more about TBS or TMS. schedule a consultation with one of our highly experienced therapists at (858) 261-4622.