What Is IV Ketamine Infusion Therapy? 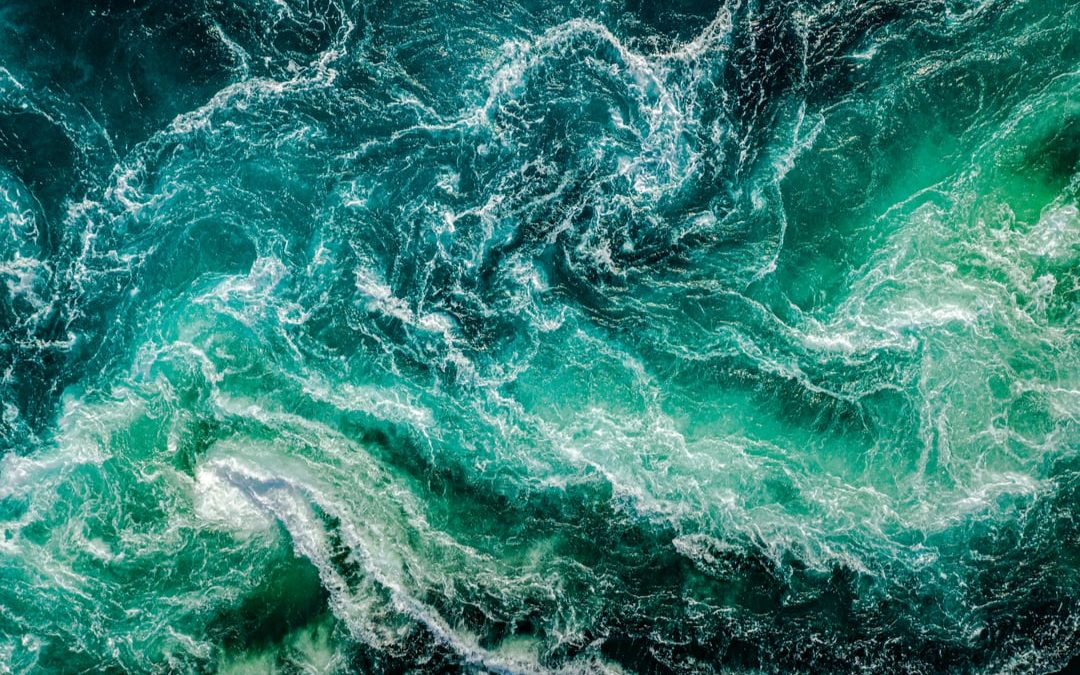 What is IV ketamine infusion therapy?

A surprising drug with somewhat of a checkered history has reemerged as a promising treatment for severe depression. Ketamine was initially used as an anesthesia medicine in the 1960s. It was administered to soldiers on the front lines during the Vietnam War. At lower doses, it helps ease pain. In the operating room, ketamine also helps sedatives work and helps patients need fewer addictive painkillers like morphine post-surgery. Ketamine also has a history of misuse as a street drug called “Special K.” The drug earned that nickname because of its tranquilizing and hallucinogenic effects at high doses. When abused, ketamine can change a person’s sense of sight and sound. They may hallucinate and feel out of touch with their surroundings. It can even make it hard to move or speak. 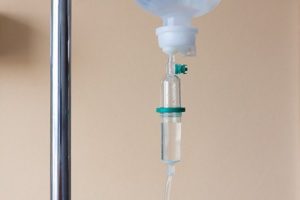 Depression is the leading cause of disability around the world. In the United States, over 16 million adults experience major depression within the course of a year. Between 1999 and 2016, depression-related suicide rates have increased by over 30%. Ketamine works more quickly than antidepressants, and some researchers feel that it could thus play an impactful role in preventing suicide. When a patient responds to ketamine, it can quickly reduce the life-threatening thoughts and acts that can lead to suicide. It can also relieve other serious symptoms of depression at the same time. In this vein, ketamine is also effective for treating anxiety combined with depression. Current treatments for suicidal thoughts and depression can take weeks to months before they take effect. Further, patients must often try several medications before finding one that brings relief. The same applies to support therapies like talk therapy, transcranial magnetic stimulation (TMS), and electroconvulsive therapy (ECT). TMS and ECT are both used when other traditional methods fail. Now, ketamine is also considered in this circumstance.

Ketamine treatment for depression works very differently from Selective Serotonin Reuptake Inhibitors (SSRI) medications like Zoloft and Lexapro. SSRIs work by increasing the amount of serotonin in the brain. Ketamine, on the other hand, is believed to repair damage to the brain. Such damage is caused by cortisol and other long-term stress hormones, which build up proteins in the brain over time.

There are two types of ketamine therapy used to treat major depression in those patients who haven’t responded to two or more antidepressant medications. The first is administered intravenously. Ketamine IV infusion is the most common and most effective type of ketamine therapy. Most of the research conducted has been on the ketamine IV infusion method. A secondary method is delivered via nasal spray.

Racemic ketamine, which is administered intravenously, goes directly to the patient’s bloodstream. This is called intravenous, or IV, ketamine. The treatment is a mix of two mirror-image molecules, which are called “R” and “S” ketamine. The FDA approved its use decades ago for use as an anesthetic. For patients with treatment-resistant depression, doctors are using it off-label. IV ketamine infusion therapy is not a first-line treatment for depression. Rather, it’s administered when antidepressant medications fail. Administered through an IV infusion in the arm, ketamine takes effect right away, and the effects can last from days to weeks. Patients typically receive a series of six infusions over two to three weeks as part of an “induction” phase. After that, the maintenance period begins, and patients typically return for one infusion every two to six weeks. Doctors have also used ketamine to treat bipolar disorder; however, they do not prescribe it for children or those patients experiencing mania, active psychosis, or unstable cardiovascular disease.

Esketamine (Spravato) is administered as a nasal spray. It uses only the “S” molecule rather than the combination of both R and S. This form of ketamine treatment is FDA approved; however, there is far less research on its effectiveness in treating depression. The two forms of ketamine interact differently with brain receptors, and the delivery method (IV versus nasal spray) also affects the drug’s effectiveness as well as side effects. Much more research is needed to compare the efficacy of esketamine (Spravato).

Researchers aren’t entirely sure how ketamine works. It behaves like an antidepressant in that it helps people better manage their severe depression, and it does so when other treatments fail. Though, researchers believe that it works through an entirely different mechanism than antidepressant medications.

Ketamine IV infusion targets NMDA receptors in the brain. It binds to these receptors, thus increasing the amount of a select neurotransmitter called glutamate in the space between neurons. Glutamate activates connections in another receptor called the AMPA receptor. Working in unison, these NMDA and activated AMPA receptors release additional molecules that help neurons communicate along new pathways. This complex process is called synaptogenesis, and it affects mood, cognition, and thought patterns.

Researchers believe that ketamine influences depression in other ways as well. For instance, it appears to reduce signals that trigger inflammation, which is linked to mood disorders. It also appears to facilitate communication across specific areas within the brain. Overall, ketamine likely works in all these ways at once. This is why it’s so effective, and why researchers are enthusiastic about conducting further studies in the therapeutic effects as well as potential side effects.

When patients respond to ketamine IV infusion, they will most likely respond to it within six infusions. If a person experiences no response at all, then he or she is unlikely to respond to further infusions. At that point, the mental health specialist will likely suggest an alternate treatment for depression. People who do, in fact, experience relief from depression within the one to six initial ketamine treatments are likely to continue treatment. Most likely, the treatment will continue to be effective as it is repeated over a more extended period. Continued sessions should prolong the positive effect of the initial ketamine infusion as opposed to achieving additional relief. In short, the dramatic effects the patient experiences initially do not continue. Rather, subsequent treatment serves to sustain the initial benefits of the initial treatments. Several studies structured the trials around eight initial treatments initially during an acute phase. After that, the patient and doctor decided together whether to taper off, stop treatments, or continue treatments, albeit at longer intervals. At Pacific Psych, our protocols are based on the latest research, and a collaboration with the patient who best knows how s/he feels.

All drugs come with their share of side effects, from modest to severe. When seeking treatment for severe depression, especially when the patient is also experiencing suicidal thoughts, the potential benefits may outweigh the risks. Nonetheless, patients are counseled as to the possible side effects of ketamine IV infusion therapy, which include the following:

Additional side effects are more psychoactive in nature and involve perceptual disturbances. Perceptual disturbances include the sensation that time is speeding up or slowing down. Another example is the experience of textures, colors, and noises become overly stimulating. Dissociation is another side effect. Sometimes referred to as “out-of-body experiences,” it may make patients feel as though they are looking down at their own bodies. Overall, any dissociative changes are tolerable and short-lived. Many patients report that they dissipate after about 45 minutes. Along with perceptual changes, they are noticeable during the first infusion and tend to end quickly after that initial session. In fact, patients often describe a feeling of clarity as the weight of depression lifts within a few hours following a treatment session. They experience improved functional capacity on a cognitive level as well as physical level.

Temporary nature of side effects

The above side effects have been documented as transient and mild. They are temporary and taper off as the patient continues with the therapy. Very rarely will a patient elect to end treatment due to any of these side effects. Note that the esketamine nasal spray tends to cause the same side effects. The only difference here is that the intensity of those effects is different, along with their timing due to the method of delivery (nasal spray vs. intravenous).

Because of ketamine’s history as a party drug, people are wary of it, fearing that it’s addictive. Studies have shown that this is not the case when taken in lower doses, as it is for ketamine IV infusion. For example, the dose required to treat depression is far lower than the dose used for anesthesia. Further, the drug is administered in a clinic or hospital by a physician, so the potential for substance abuse is nonexistent. That being said, ketamine does have addictive properties similar to opioids. Therefore, patients should factor this in when weighing the risks against the benefits. Patients who have a history of substance abuse, whether it be drugs or alcohol, should discuss this with their doctor before beginning ketamine therapy.

Patients who require frequent treatment sessions, as well as long-term ketamine treatment for depression, may experience additional side effects. Here again, more research is needed to better document the long-term side effects. Because of this, many mental health specialists advise caution in prescribing ketamine IV infusion. While it indeed reduces depression symptoms quickly, there is a potential for adverse consequences, especially after long-term use. One drawback to ketamine therapy is that the boost patients experience begins to wear off about seven to ten days after treatment. As a result, patients who find it effective typically require regular infusions over a period of time, to maintain the benefits.

Despite the positive outcomes experienced by patients, ketamine is not typically covered by health insurance because the IV form is not FDA-approved for depression. Typically, treatment costs between $350 to $650 per treatment session depending on the facility. While some insurance companies are investigating and even covering treatment, many more have yet to consider it. Those who benefit from the therapy hope to see that change in the near future.

Every year, over 13 million Americans suffer from major depression. Of those who seek therapy, up to 40% will not improve or fully recover with standard antidepressant medications. Failed therapy puts them at risk for other health threats, including drug abuse, alcohol abuse, and suicide. IV ketamine infusion therapy offers those who suffer from treatment-resistant depression and other mood disorders hope for successful treatment and a more satisfying, healthy life. As researchers continue to study ketamine IV infusion as an alternate treatment for depression, they are finding that it improves the patient’s condition almost immediately. Such rapid results are needed to bring the patient out of crisis. Antidepressant regimens often prolong periods of severe depression as mental health professionals try different medications and doses in an effort to find the correct mix. Ketamine infusion can put an end to that and bring more immediate relief of depression symptoms. More research is underway to document ketamine’s long-term effects on the brain, and to continue to refine treatment protocols.