How Trauma Can Make You Self-Sabotage, Even When You’re Trying to Heal 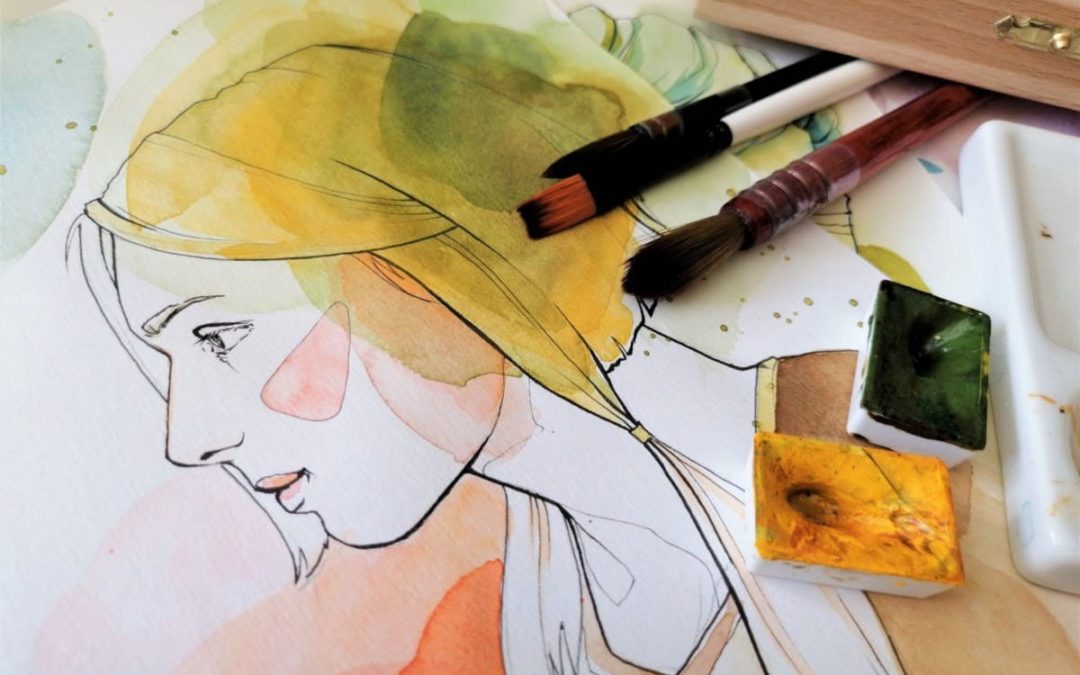 How Trauma Can Make You Self-Sabotage, Even When You're Trying to Heal.

Another original article by Kelley Jhung.

It’s 1989. I’m at a college party. A garage band screeches, “My head is full of magic, baby/And I can’t share this with you/The feel I’m on a cross again, lately/but there’s nothing to do with you,” from Love and Rockets’ hit, “So Alive”. Intoxicated sweaty bodies collide as they attempt to dance.

My stale mouth is saturated with what feels like the formaldehyde and rotten fruit aftertaste of hootch created in the bathroom of an Appalachian trailer. My boyfriend Matt and I drank a great deal of alcohol before heading here.

Instead of trying to move to the pounding Love and Rockets beat, my heart is hammering and I’m pushing through the crowd. Matt and I got separated when we walked into the party. I know if I don’t find him — soon — I will pay.

I stop and guzzle some keg beer. As my head slants back with the red plastic cup at my lips, a diminutive man in his mid-twenties approaches me. It’s Matt.

He ends up yanking my arm, glaring. I sheepishly follow him out the door. I know I’m in trouble.

He drives us back to my apartment. We end up fighting all night. At one point, I try to get off the couch I’m slumped on, but he pushes my face down — hard.

My roommate has since come back from the party and has hid out in her bedroom. We are loud and angry and scary.

The next morning, I have a bruise on my cheek. It splays in a constellation of a thumb and four fingers, almost a perfect work of art . But it’s nothing to admire; it’s really painful. I’m queasy and parched. Matt and I fight some more, but finally reconcile because I’m too defeated to keep arguing.

And I’m afraid to leave him.

I don’t leave him for another four years. Staying with this abusive, controlling asshole for seven years was the biggest mistake of my life.

But I’m over that now.

Or so I thought.

Five months ago, I started ketamine infusion therapy for depression. I’m now in the maintenance phase, where I receive treatment once a month. I’ve had off-and-on depression since I was eight years old. I’m sure that was one of the reasons why I chose such a horrible partner at age 16.

Over the past four years, I became resistant to antidepressant medication. But the ketamine treatments have saved my life.

Last August before I started treatment, I could not stop fantasizing about standing on the Amtrak tracks and letting the train end my suffering.

That’s why I sought out ketamine. I’ve explained how I felt ketamine therapy changed my brain and made me want to live again in another article on this website. I wrote the article after I’d been doing the treatment for a month.

But my depression crept up on me again over the holidays. My mom died before Thanksgiving. My dad had Alzheimer’s and was on hospice at the time. He has since died. I dislike the holidays under regular circumstances, but the aforementioned stressors made them unbearable.

By the first week of January, I had fantasies of grinding up the leftover Vicodin, Xanax, Tramadol, and Ambien I’ve saved over the years, mixing it in a generous pour of Malbec, and downing it.

So I scheduled a booster infusion. As the much-awaited needle entered my vein, I experienced the familiar feeling of being suspended in an ambrosial cloud. All the love and goodwill of Buddha, Jesus, Gandhi, and the Dali Lama permeated me as Alexa boomed Pink Floyd: “There is no pain you are receding/A distant ship, smoke on the horizon/You are only coming through in waves/Your lips move but I can’t hear what you say.”

As I started to peak, I envisioned the healing rays from the winter sun sparkling on the nearby ocean. The warmth and magic filled my soul while I floated on my sweet cotton candy cloud.

But for the first time since I began treatment I experienced an urgent push from an unknowable, unwelcomed force. A channel in my mind opened up. The feeling that I didn’t want to be married anymore overcame me. My heart sunk as I envisioned myself moving to a studio apartment and living alone the rest of my life.

I adore my husband. We go on 2-week surf trips together and never fight or get sick of each other. We laugh together every day. We meet for lunch and talk about how Bernie Sanders could change the world for the better.

I didn’t tell my doctor about my disturbing thoughts when he removed the needle and encouraged me to rest before leaving the clinic. I probably should have, but I’ve always had a hard time asking for things.

When my husband picked me up that day, I told him everything that I’d experienced during my treatment. I probably should have waited half a day or so before dropping such a bomb. But we’ve always honored truth in our relationship. And my impulse control needs work.

He asked me how I was doing. I blurted out, “I think I should leave you. It came to me strongly during my appointment.”

He responded with, “But I love you, Sweetie. We have such a good life together.”

“Yeah, I love you too, but maybe I’m not in love with you anymore.”

“I support you but please don’t make any hasty decisions. You’re going through a lot right now.”

You’d think he’d get angry. But that’s the type of person Steve is. He is patient enough to handle my mood swings. He has enough self-control not to call me a batshit crazy bitch when, without warning, I blurt out, “I think I want to leave you”.

That evening, I researched other patients’ experiences on ketamine. I couldn’t find anyone who reported that they wanted to leave their spouse after receiving treatment. I did, however, find a great deal of information on how ketamine therapy is used to treat PTSD.

I’d cancelled multiple sessions with my therapist since ketamine conquered my depression and suicidal ideations. I figured, “I’m not depressed anymore, so what is there to talk about?”

But because of what had happened, I’ve realized that was a grave mistake.

I booked an appointment with her four days later.

In the days leading up to my appointment, I journaled and meditated as much as I could.

I became aware that during my 40-minute infusion, my mind had flashed back to the late ’80s. Matt was calling me his favorite nickname for me — “Dummy”. Because I was so enmeshed with him, I couldn’t turn to friends or family the morning after he’d bruised my face.

My mind flooded with feelings of regret, self-hatred, desperation. It was 1989 again and I was a frightened, imprisoned, angry 19-year old.

And as a result, “You need to leave your husband,” assaulted me like an unyielding apparition.

We delved into the trauma I’d suffered in the past. We’d been processing my childhood trauma before I‘d broken up with her. I thought that simply doing ketamine therapy had cured me. But I had more work to do.

I’ve since booked weekly appointments with her to further deconstruct this stuff.

I do not want to leave my husband. I’m thankful I have a good trauma-informed therapist. And I’m thankful my depression is chemically under control enough for me to be able to discuss my past relationship harm.

I’ve learned an invaluable lesson here. Healing from trauma involves excavating the shit that’s happened to you. Ketamine infusion therapy has brought me to a place where I can burrow into that pile. But I also need to contend with it.

The ketamine clinic where I go now has counselors through teleconferencing and, when the Pandemic is over, in-person therapy. They are also soon implementing group therapy. I’d encourage anyone who tries ketamine to also work with a trusted, competent therapist.

I am ready for both.